Called Gloop-a-Hoop, the game was released yesterday on iOS and Android platforms, as well as having a live preview accessible over at http://www.facebook.com/gloopahoop. Development was carried out in Flash 11 and AIR 3.2, with Away3D 4.0 at the core of the in-game experience. The supplied chapter sports 24 introductory levels, with more chapters due for release over the next few weeks and months. 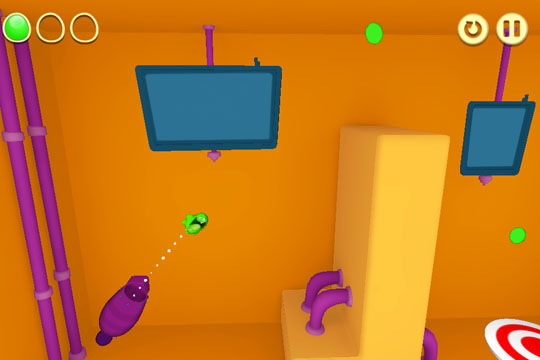 Development for the game was an interesting process, using the latest Stage3D-enabled AIR 3.2 APIs for mobile and some custom-built tools for creating and editing levels. Some of the processes involved will be discussed in an upcoming presentation by Rob Bateman at the Hoxton Mix “Next Tech” event in London, part of the Digital Shoreditch festival. If you’re interested, there is a registration page for attendees on the Hoxton Mix Meetup page. There will also be regular behind-the-scenes updates on the Facebook page, revealing some of the design process experienced by the art team during the build. 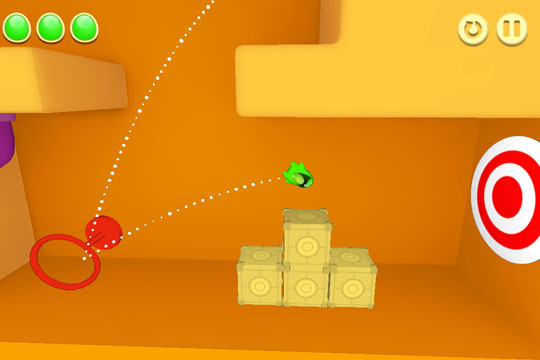 The timeline of game production was not without its hiccups, but overall the build was executed smoothly and without issue – the cross-platform availability of Stage3D allowing a high-performance experience on many different devices and platforms. Right now the team are looking to push a few fixes and improvements to further improve the experience, before moving on to the next stage of production which will involve increasingly bizarre mechanisms of getting from A to B. As this is a gradual rollout of features, feedback is always welcome, either on Facebook or the comments section in AppStore or Google Play. Enjoy splatting your Gloop! 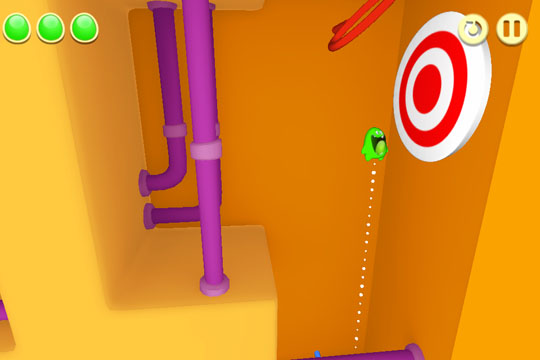